This year, Continental looks back on almost 150 years of company history. As a tire manufacturer, each chapter in that history is closely entwined with that of the car manufacturers that equip their vehicles with Continental tires. From the earliest motorized vehicles that ever rolled on public roads to some of the most popular, most innovative and in-demand cars in production today, our tires have made automobile history, time and again. Then, as now, some of the biggest car brands have placed their trust in Continental to provide the tire technology to complement their automotive innovations.

In 1901, the Mercedes 35 PS, the first car produced by Wilhelm Maybach and Paul Daimler under the name Mercedes, dominated the Nice Race Week­ – on pneumatic tires by Continental. In 1925, the first Rolls-Royce Phantom was originally equipped with our tires from the factory, as was the 1955 Volkswagen Beetle, the 1964 Porsche 911 and the 1986 Land Rover D90, to name but a few. Today, every third new car in Europe rolls on Continental tires – and many more all over the world are being added to the long list of brands featuring Continental Original Equipment (OE). With the Volkswagen ID.3, which will be rolling on Continental OE tires in 2020, we are also prepared for an electrically-powered future.

With Original Equipment tires, Continental has become a part of car history and will be a part of the future of mobility.

To pay tribute to Original Equipment tires on car models past, present and future the New York based newcomer artist Julian Montague has conceptualized and designed a graphic art series called “OE Heroes”.

About the artist: Julian Montague

Raised in Buffallo, New York, from a young age, Julian Montague grew up surrounded by plenty of inspiration and with ample space for his creativity to unfold. Summing up his home town, where he still lives and works today, he says, “Buffalo used to be almost twice its size. It was very rich in the Victorian era, so the architecture is very grand. It’s built for a city that’s much more important than it is.”

The surrounding openness and space may have contributed to Montague’s desire for unconstrained ways of working. Whether paintings or photography, mixed media or conceptual pieces, visual art or graphic design, the many aspects of his creative practice are impossible to keep entirely separate. “The practices bleed into each other all the time. The design and the art are so overlapping that I have to keep going in both. Any idea or image can take many forms.”

As an artist, Montague often deals with a specific subject matter, concrete idea, basic concept or minute detail for years, examining, dissecting and observing, before ultimately creating his own take on them. He talks about being preoccupied, obsessed, but also interested or fascinated by themes ranging from shopping carts to spiders, fake book covers to fictional exhibition posters. He traces his fascination with cars, the subject matter of the OE Heroes series, back to childhood toys. “I think you can’t help be somewhat interested in cars when you grow up,” he explains, “as a kid, you know these objects so intimately, because you play with them and handle them so much.”

Enjoy the selection of our most famous car models out of which more than 800 have been equipped with Continental tires over the last 150 years:

We visited Julian Montague in his studio to watch him create this unique car art series and find out how he turns a wide range of very different cars, spanning over a century, into a visually coherent, inspiring gallery of automotive design icons.

The people designing these cars want the front of the car to be its own ID. They don’t want it to look like someone else’s, so all the visual elements are in there for me. I try to pull that apart a bit and it back together as this very simple, elegant form.

Montague also acknowlegdes the fundamental role cars play in the American dream. As he puts it, “it’s a big country and there’s something fascinating about the idea of having a car. I could walk out my front door and drive to Los Angeles. It’s undeniable that having a car allows you this freedom of movement that’s pretty exciting. I really enjoy the long road trip, that classic American experience.”

Although it doesn’t appear in the series, he couldn’t resist also illustrating his own car, a Saab 900. “The Volvos and Saabs from the 80s and 90s and 70s have a certain kind of appeal,” he muses. “It’s an unpretentious design, connected to a Scandinavian sensibility that I find appealing. There were no other cars that looked quite like the Saab 900.”

Montague’s work has been shown in museums and galleries all over the world. Although a vintage sensibility informs much of his work, his ways of interacting with the art world – and the world at large – is resolutely modern, utilizing social media to share new discoveries and his latest works. “These days you never really  know how people come across your work, because you put things out into the world and it’s so globalized,” the artist marvels. Once his graphic car designs are printed as posters and distributed to car dealers worldwide, he is set to reach a whole new global audience. People who love iconic cars – and their Continental Original Equipment tires. 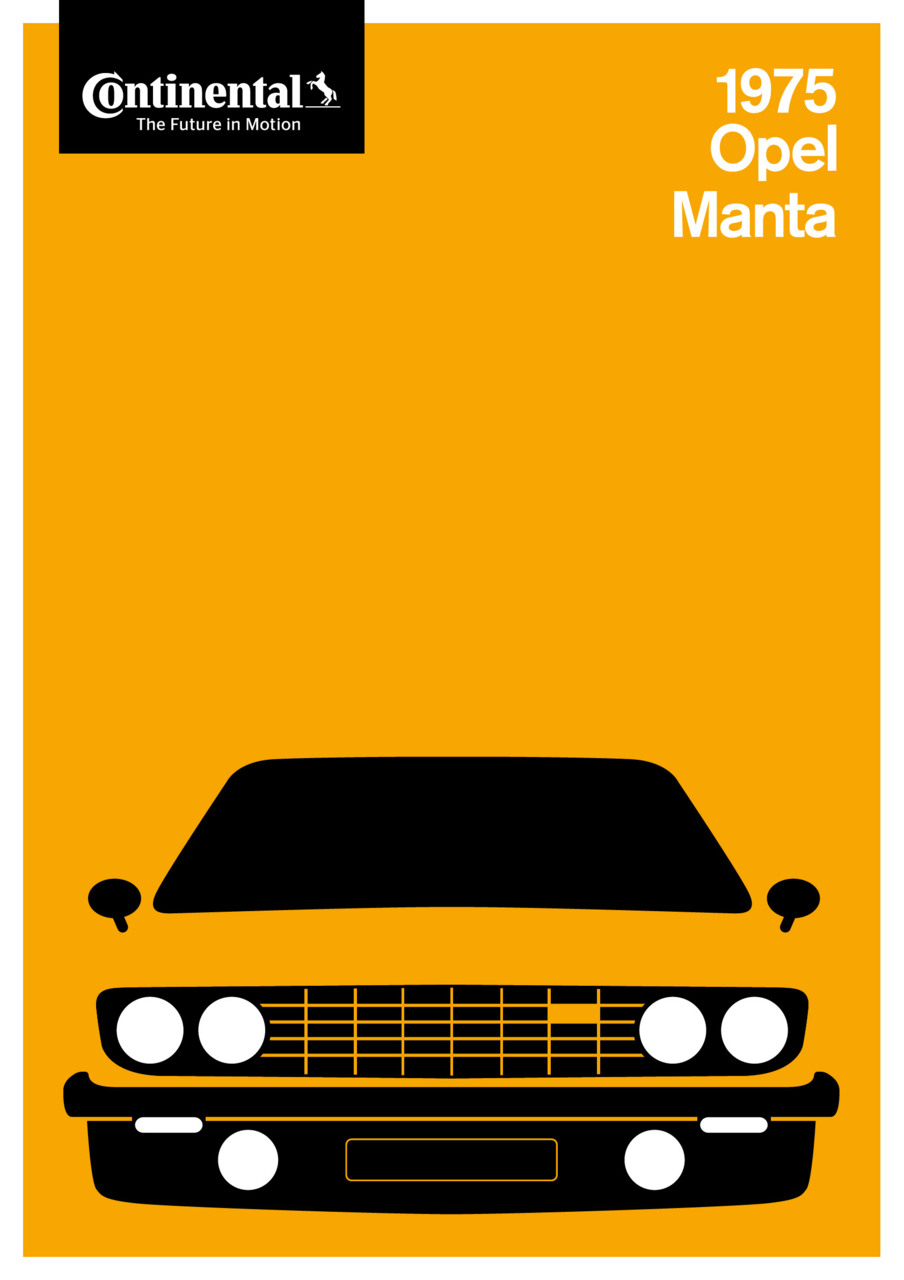 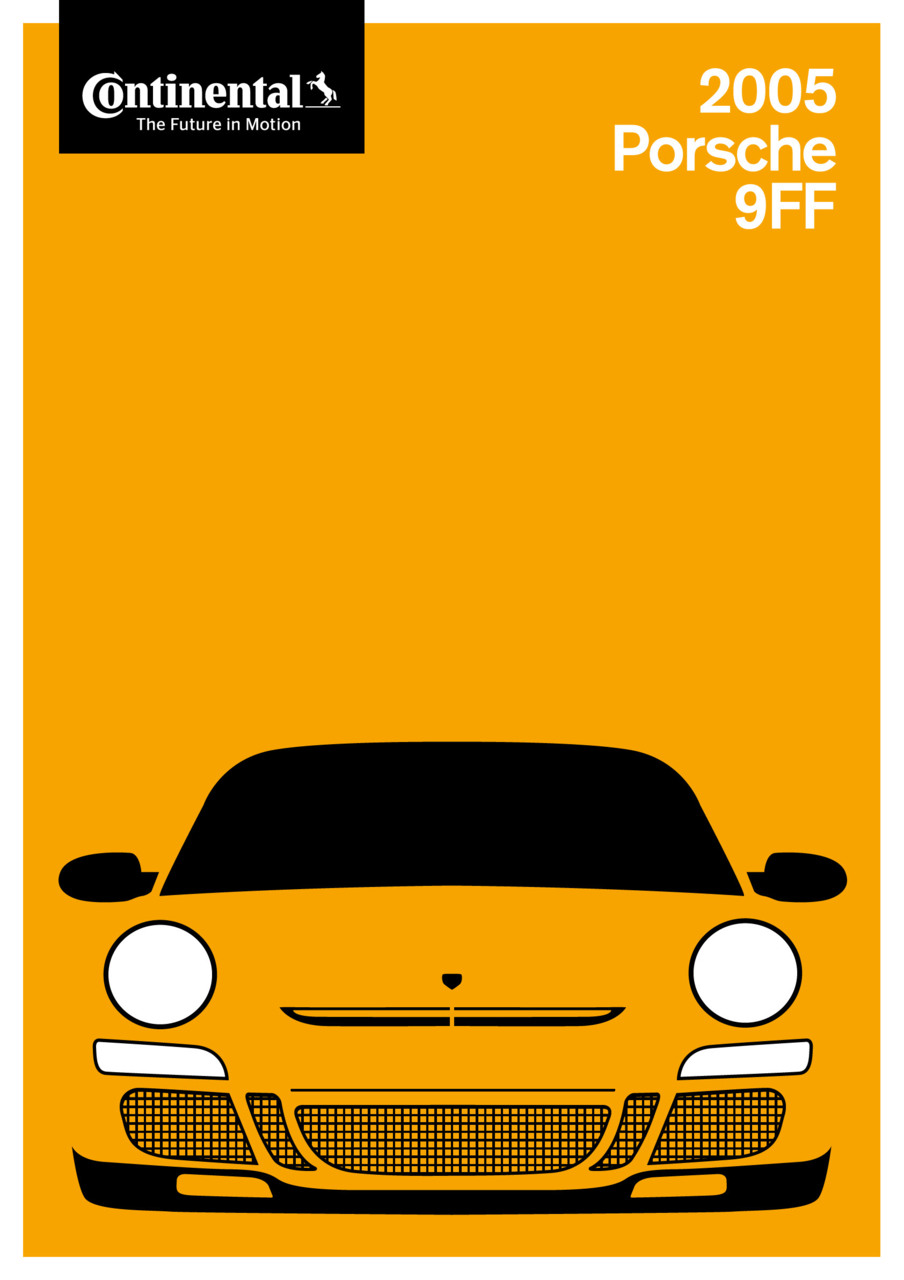 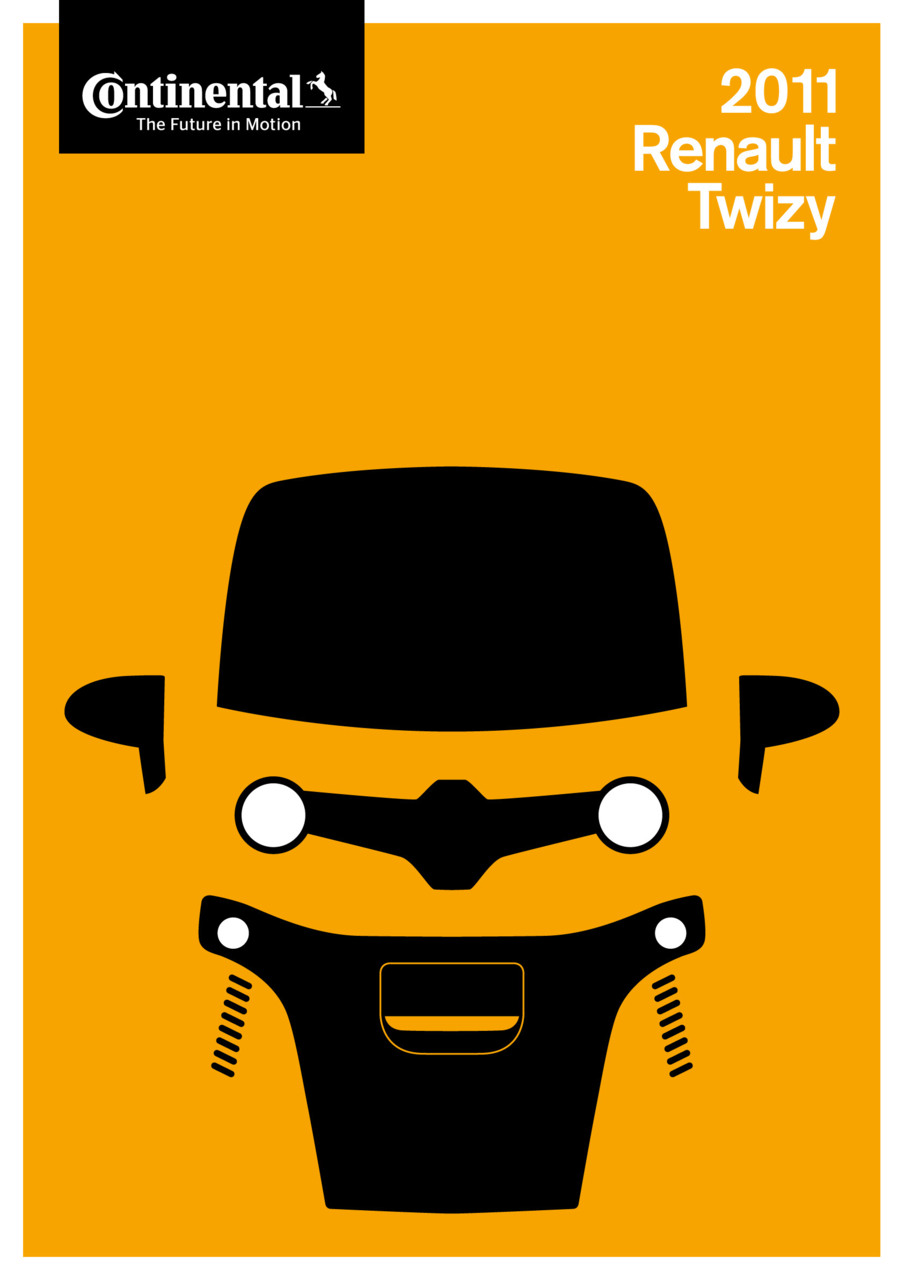 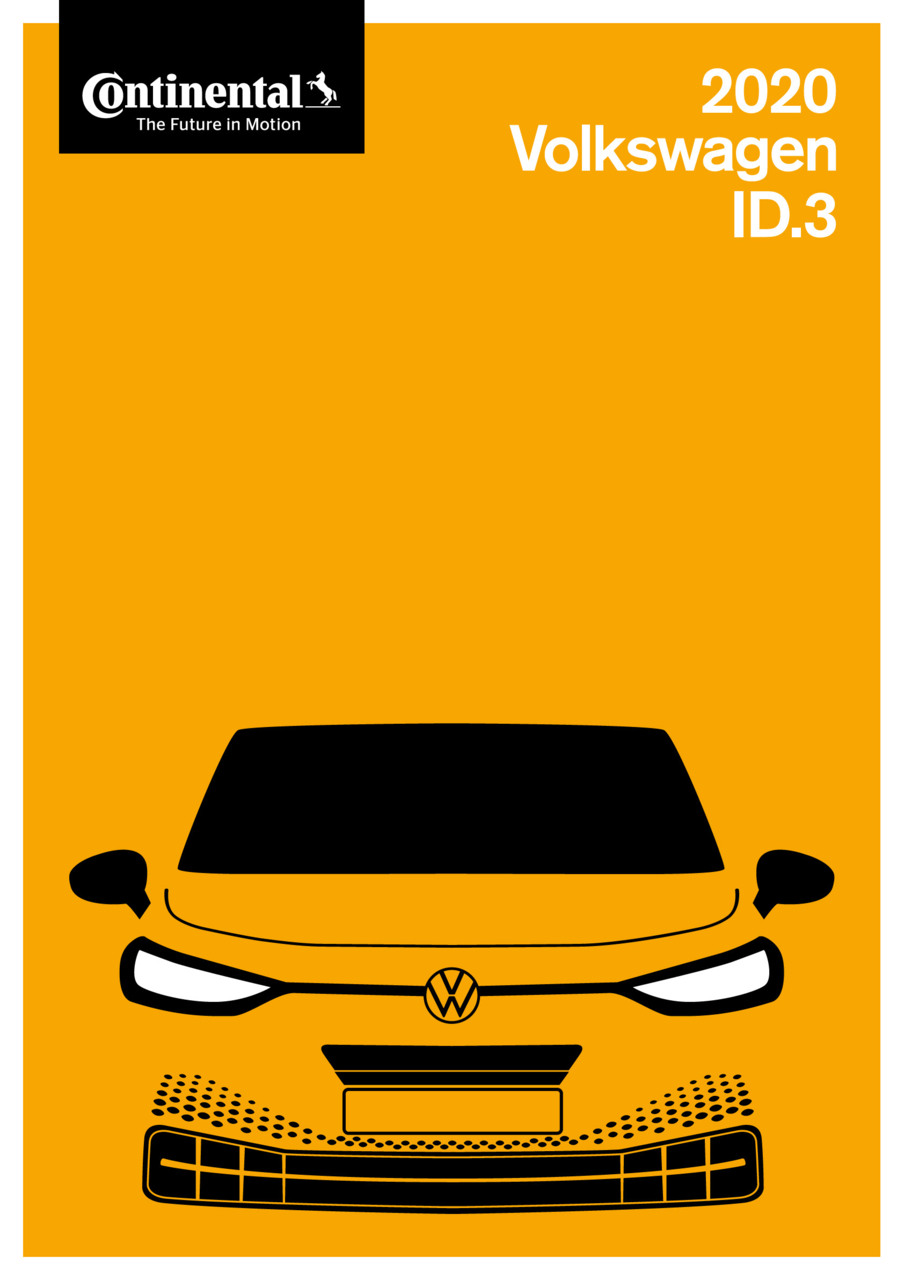 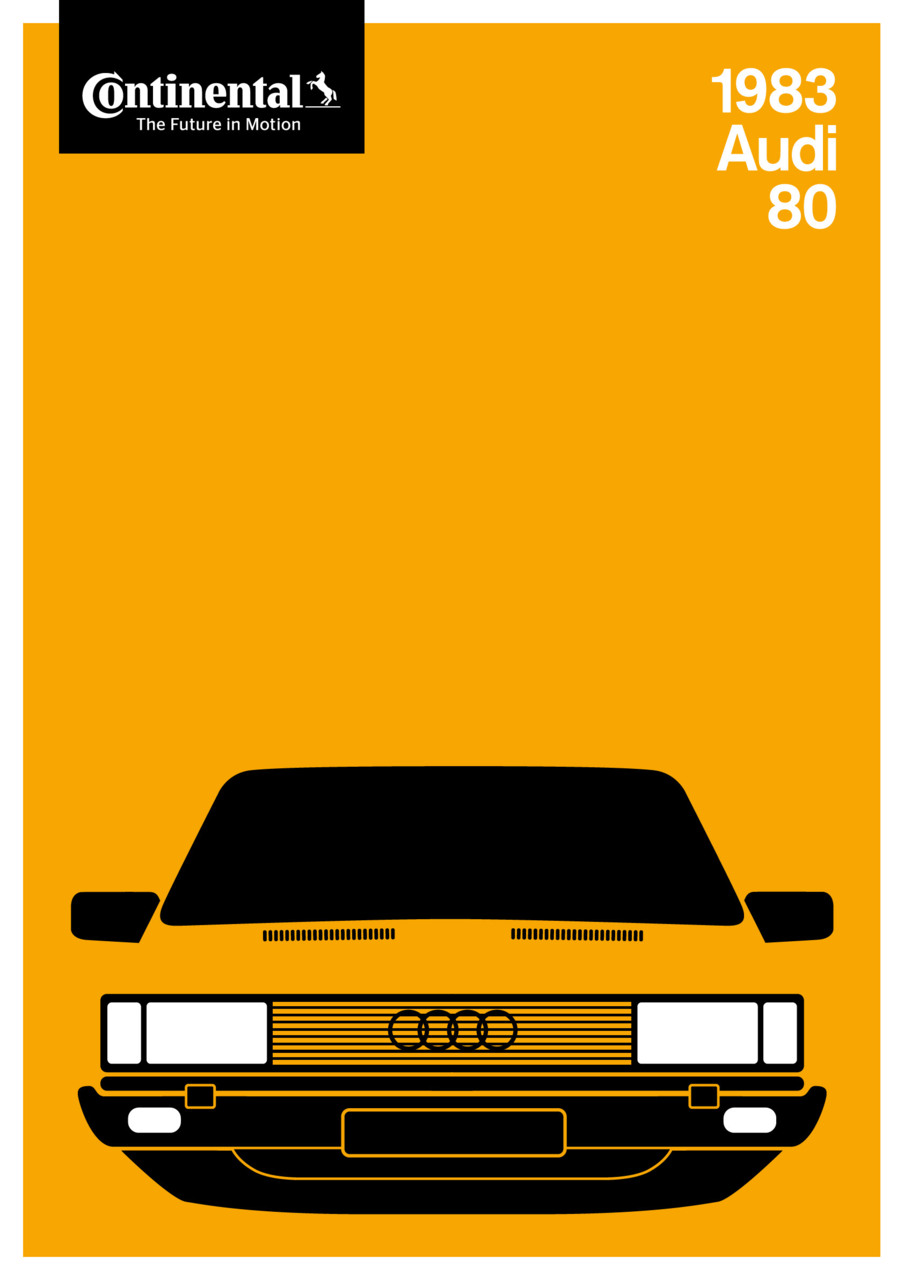 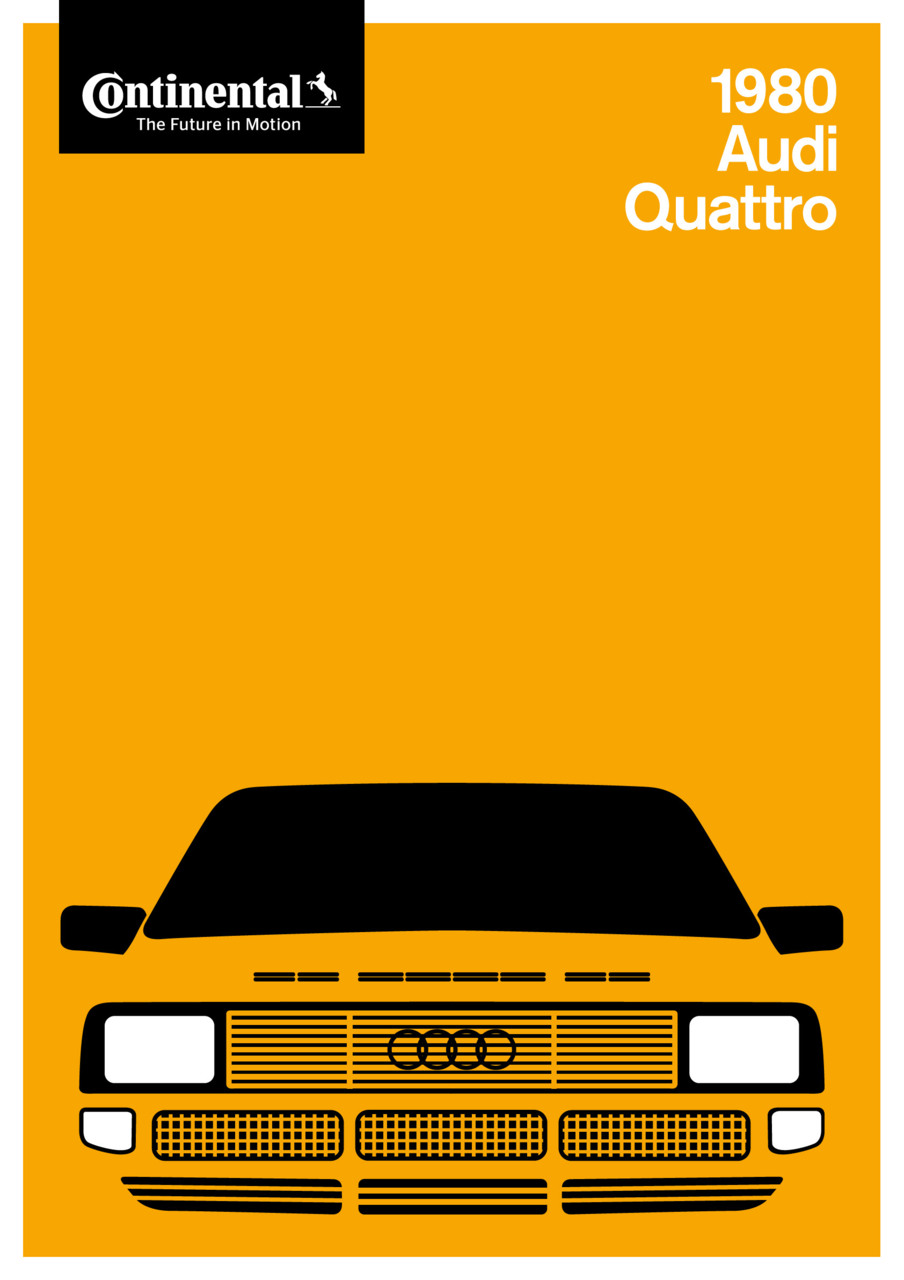 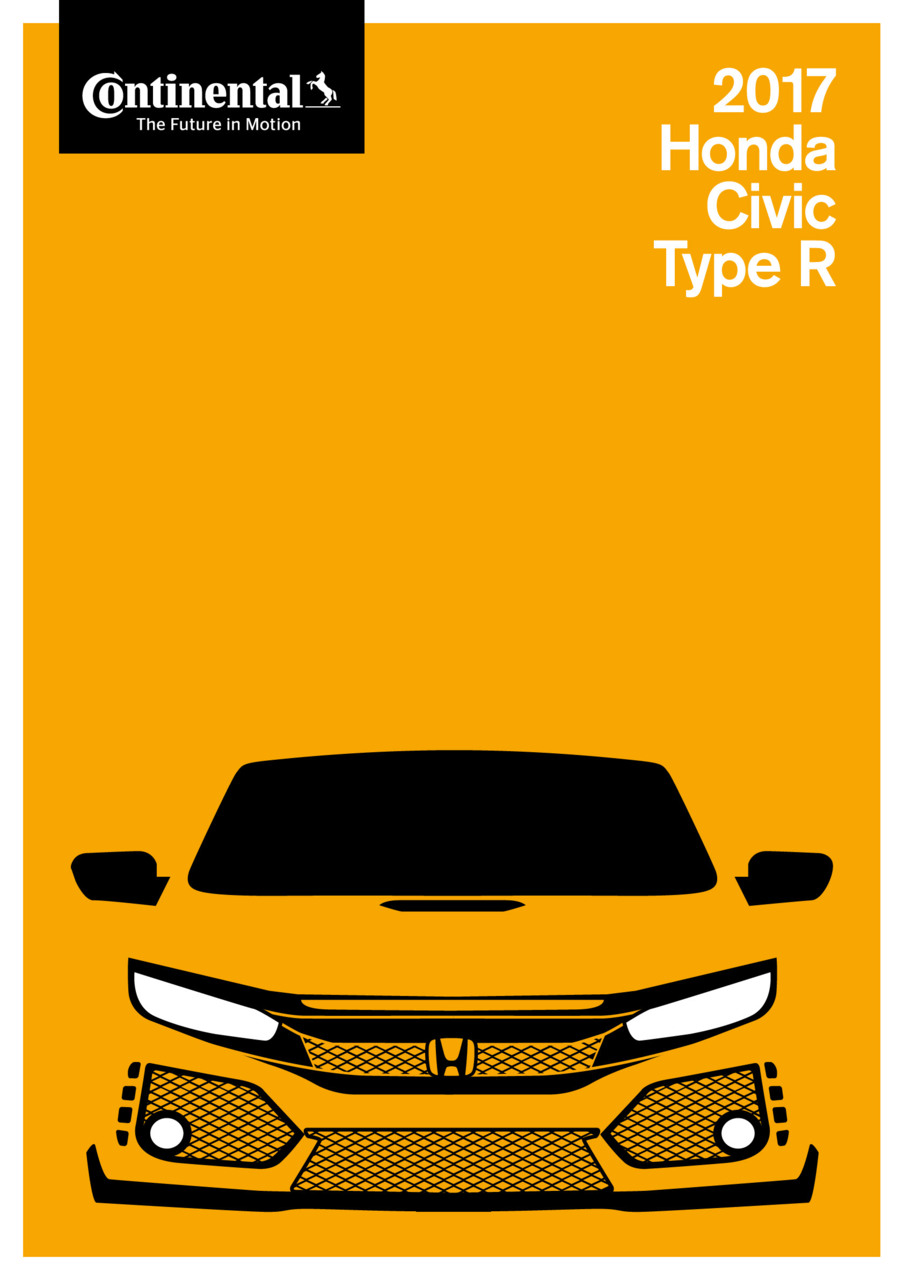 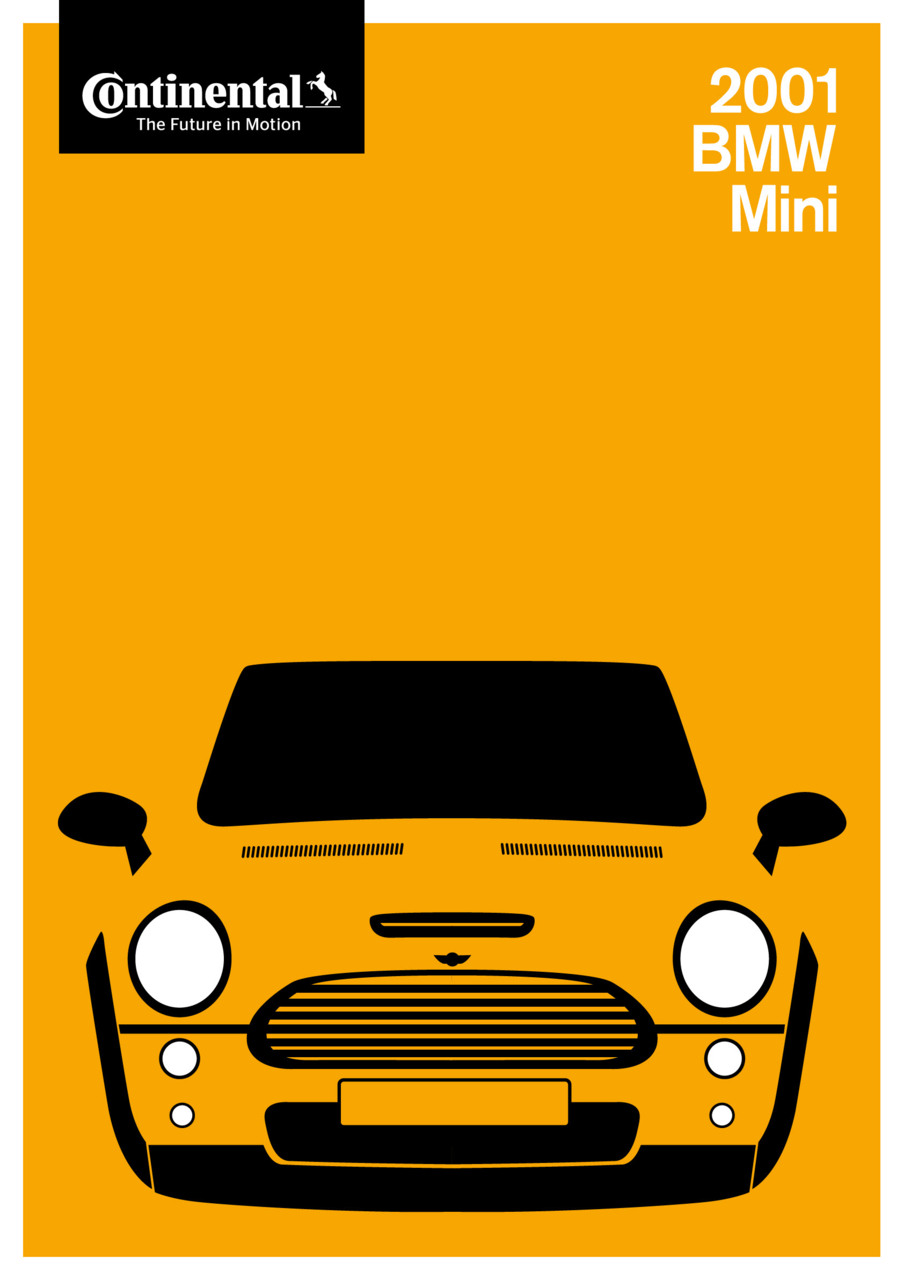 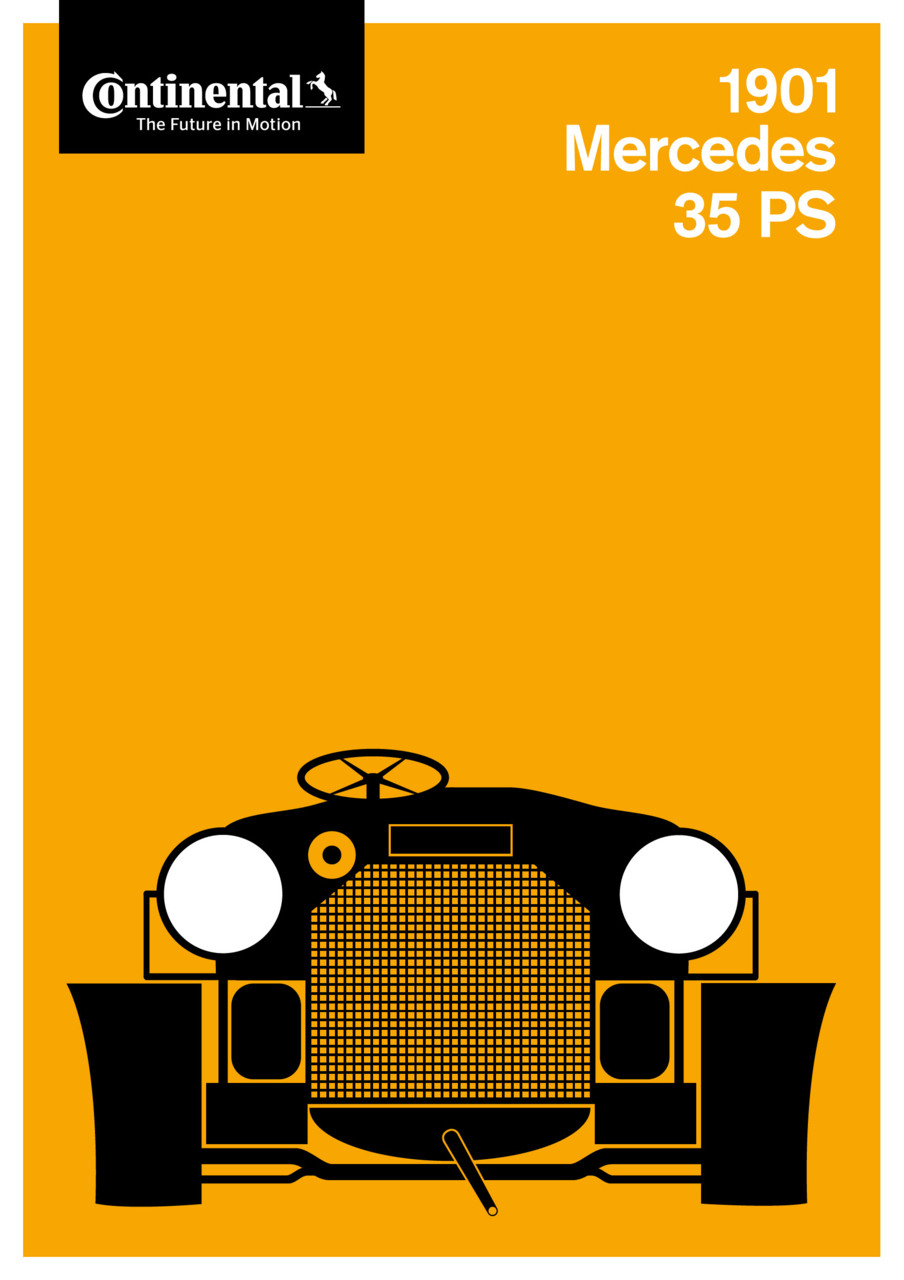 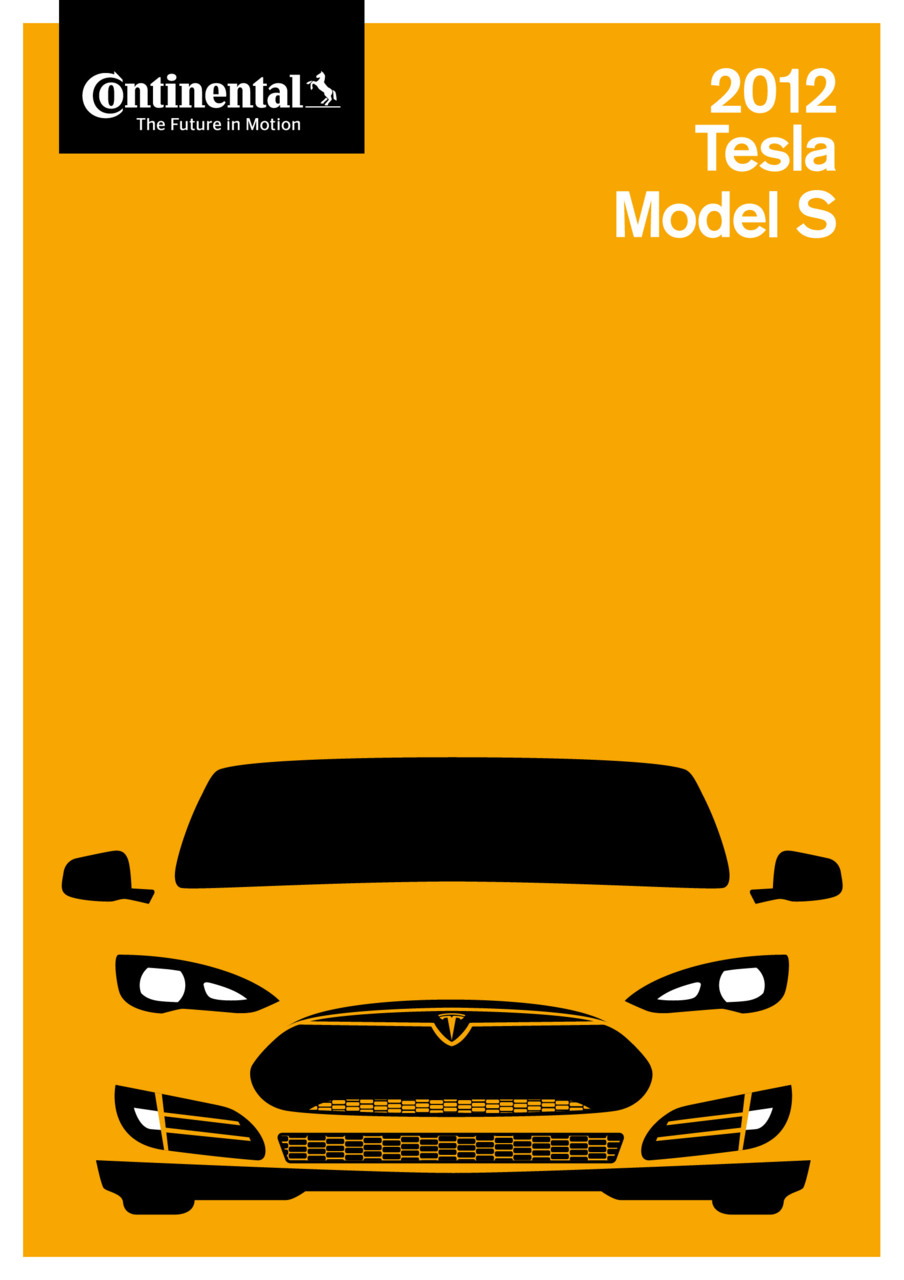