Continental, DPD Switzerland and Futuricum Show the Way Forward for E-Mobility in the Transport Sector With a World Record

Covering a total of 1,099 kilometres, the private express and package service provider, DPD Switzerland, the e-truck brand, Futuricum and premium tyre manufacturer, Continental have secured the GUINNESS WORLD RECORDS™ title for the longest distance covered by an electric truck without a charging stop.

In order to achieve the record, the partners used an e-truck that has already been in operation in delivery traffic for six months, proving that sustainable, energy-efficient and cost-efficient electric mobility in the transportation industry is not a mobility concept of tomorrow, but already a reality on European roads today. 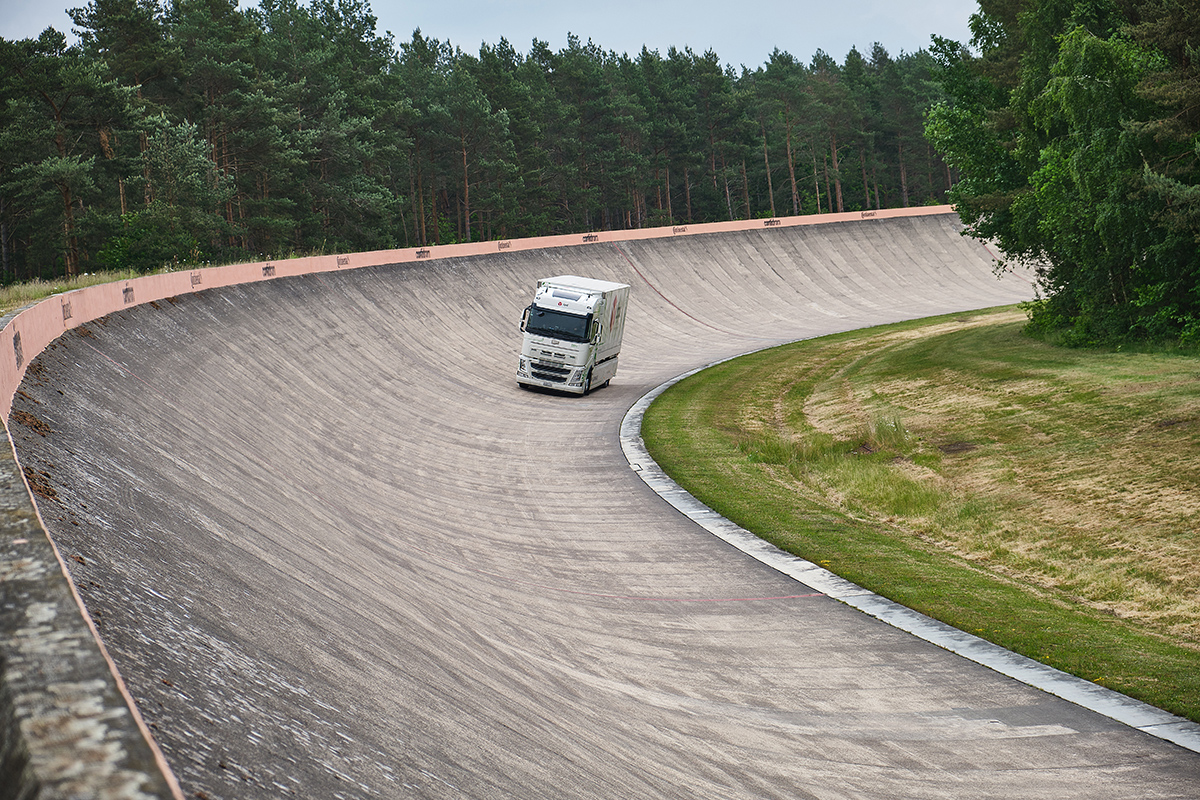 The record drive took place on the high-speed oval of the Contidrom, Continental's in-house test track.

The record was set by a Futuricum truck, which has been in use for DPD Switzerland in regional traffic. “For DPD Switzerland, we have converted a Volvo FH to an electric drive. The 19-ton truck now has over 680 hp and, with a capacity of 680 kilowatt hours, the largest truck battery in Europe on board,” explains Adrian Melliger, CEO of Designwerk Products AG, the company behind the Futuricum brand.

The partners chose the best record conditions on the 2.8-kilometre-long, high-speed oval test track at the Contidrom, Continental’s in-house test centre, near Hanover, Germany. In total, two drivers completed 392 laps in shifts of 4.5 hours each, at an average speed of 50 km/h (31 mph), which is a realistic average value for everyday use. Initially, the weather conditions were not ideal with 14 degrees (57° F) outside temperature and only around 23 degrees (73° F) ground temperature, in addition, the wind blew at an average of 18 km/h (11 mph) with gusts of up to 40 km/h (25 mph). Nevertheless, after just under 23 hours, the partners were able to declare the GUINNESS WORLD RECORDS™ title of the longest distance covered by an electric truck without a charging stop with 1,099 kilometres driven.

With this record, the partners have set a joint signal for a future with sustainable drive systems in delivery traffic and demonstrated the suitability of today’s technologies for everyday use: “We decided to invest in electric mobility at an early stage. The Futuricum truck has been traveling between the depot in Möhlin near Basel to the distribution center in Buchs in Zurich for about six months now,” says Marc Frank, Strategy & Innovation Director at DPD Switzerland. “The e-truck can master roughly 300 kilometres every day without any problems. We are proud that we have now been able to officially document our performance level.”

For the record attempt, the three partners opted for Continental's EfficientPro tyres, which are designed for particularly low rolling resistance.

The Futuricum truck used has already been in use for DPD Switzerland in delivery traffic for half a year.

The 19-ton truck has 680 hp and has the largest truck battery in Europe on board.

After nearly 23 hours, the truck had covered 1,099 kilometers.

The record drive took place on the high-speed oval of the Contidrom, Continental's in-house test track.

For the record attempt, the three partners opted for Continental's EfficientPro tyres, which are designed for particularly low rolling resistance.