The Three Life-Saving Questions That New Car Buyers Must Ask 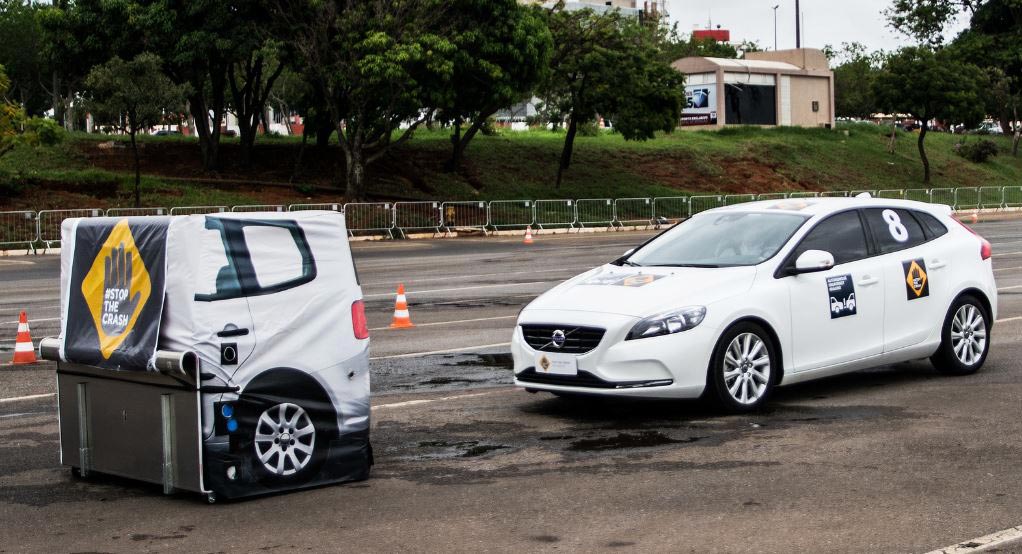 Four major automotive names will join forces at the London Motor Show as part of the Global NCAP #STOPTHECRASH partnership to ensure that consumers considering buying a new car know the life-saving questions they must ask their dealer before making their choice, namely:

By providing visitors to the show with these three key questions the partnership consisting of Thatcham Research, Bosch, Continental and ZF TRW hope to help reduce the annual UK toll of 100,000 rear end crashes and to make certain that consumers ensure the highest level of safety on their next car.

The evidence in favour of AEB is unequivocal. A report released by Euro NCAP in 2015 found that Autonomous Braking systems were responsible for a 38 per cent reduction in real-world rear-end crashes. Despite these statistics – and the fact that vehicle manufacturers have made good progress in making the technology available – AEB is currently only standard fit on 17% of new cars currently on sale in the UK.

“Autonomous Emergency Braking as standard should be the number one priority for anyone choosing a new car,” stated David Ward, Secretary-General of the Global New Car Assessment Programme (Global NCAP). “The technology is already available in one form or another from almost every car manufacturer and in the absence of legislation to make it mandatory, we are encouraging consumers to use their power of choice to ensure that every new car coming onto the road has this life-saving feature fitted.”

Demonstrations showing the safety advantage provided by Autonomous Emergency Braking (AEB) will run throughout the show and visitors to the #STOPTHECRASH stand will be able to check which new cars have AEB as standard using an online resource that is hosted on the Thatcham Research website www.thatcham.org/aeb-fitment this is regularly updated to reflect improvements in safety specification.

Tyres: the only point of contact between vehicles and the road

Tyre safety will also be highlighted, with representatives from Continental on hand to demonstrate the effect that low tread depth can have. The UK legal limit for tread depth is 1.6mm, yet tests show tyres only perform at 55% efficiency with this amount of wear. Continental recommends replacing tyres when tread depth reaches 3mm as a responsible compromise between safety, economics and driver confidence, and is focused on educating drivers on the reasons why this is important: research* indicates that 40 per cent of drivers have never checked the tread of their tyres, choosing instead to wait for a service, while 20 per cent admit that they do not even know how to carry out a tyre check.

“Research shows that three quarters of all collisions occur at speeds under 20 mph,” commented David Ward. “Even the most basic AEB system in conjunction with sensible tyre safety could prevent the vast majority of these incidents.”

A recent survey** indicated that drivers are more likely to pay extra for satellite navigation and digital radio than they are to invest in safety features, a situation that #STOPTHECRASH believes has to change as a part of the move towards higher standards of road safety.

“Less than half of consumers are ticking the option box on safety features, which means a significant opportunity to save lives is being missed,” said Ward. “While the simplest way to increase uptake of safety technologies such as AEB is to make them standard on all new cars, better and more widely available information about how they work and the benefits they provide is the key to changing drivers’ attitudes and we believe that vehicle manufacturers and automotive retailers have a vital shared role to play in this respect.”