From the beginning of 2018, Continental will be an official partner of the Tour de France. The sponsorship agreement was officially confirmed by Christian Prudhomme, General Director Tour de France, and Nikolai Setzer, Member of the Executive Board of Continental AG. 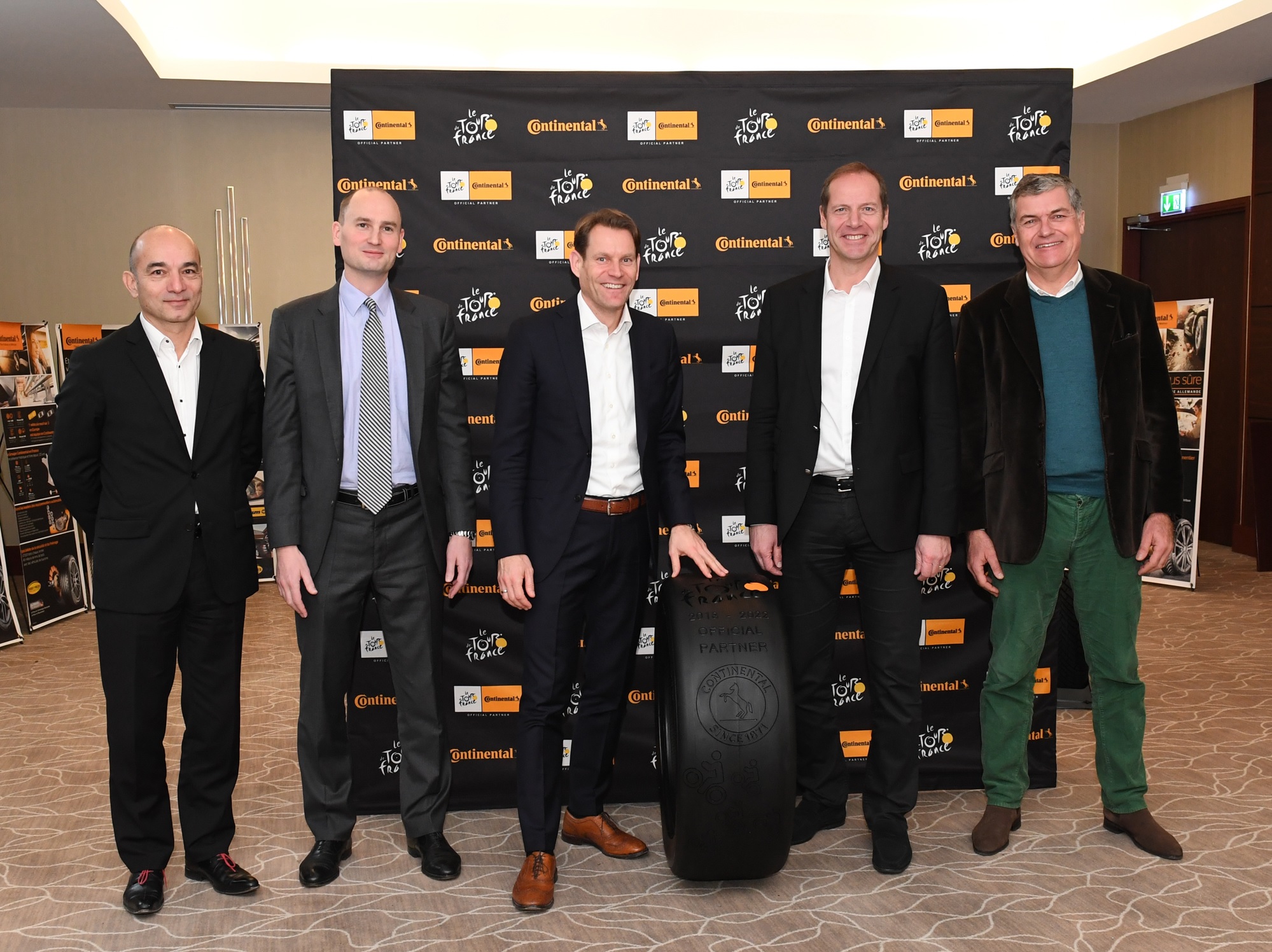 Nikolai Setzer, member of the Executive Board of Continental AG responsible for Corporate Purchasing and head of the Tyre division (middle) together with Christian Prudhomme, General Director Tour de France (second from right)

Nikolai Setzer, Member of the Executive Board of Continental and Head of Tyre Division

“For Continental, becoming an official partner is the next logical step in our commitment to the development and production of high-tech tyres for racing bikes – tyres that are also used in the Tour de France,” underlined Setzer at the ceremony in Paris. “Through this partnership we are demonstrating our great tyre manufacturing expertise in a unique environment of worldwide significance – a cycle race that not only demands the ultimate in safety but also calls for benchmark standards in terms of rolling resistance and weight.” Last year alone, nine teams competing in the Tour de France ran on Continental tyres, including Tour winner Chris Froome.

General Director Tour de France Christian Prudhomme added: “It is an honor to welcome Continental to the Tour de France – a company of international status, with over 145 years of know-how at the top of its sector. It is a great symbol for cycling that Continental wishes to be associated with the world’s biggest bicycle race. The commitment of A.S.O. in terms of safety at bicycle races, combined with Continental's research to develop ever more efficient tyres, confirms the values and logic behind this partnership. The tyre is the only point of contact between a bike and the road; it is therefore a key element in the practice of this sport.”

From 2018 onward, for an initial five-year period, Continental will maintain high visibility around the world’s toughest cycle race. All official support vehicles – cars, vans and motorcycles – at the Tour de France will be equipped with Continental tyres.