Continental are a Main Partner of 2019 Tour de France

A Tour de France for the record books: Continental products at the heart of the action

What a Tour de France! What a dramatic finale, all the way to the end of the penultimate stage.

The 106th edition of Le Tour is sure to go down in history. And not least because the riders in the teams that covered the 3,480 kilometres of the 21 stages on Continental racing bike tyres made the decisive moves that settled the outcome. After the final sprint along the broad and splendid Champs Elysées in Paris, the top step of the podium on Sunday evening again went to a rider whose tyres from Korbach had carried him over even the toughest of those many and varied kilometres as safely and fast as possible: Egan Bernal. The 22-year-old from Columbia with its Andes mountains turned in a breathtaking performance over the last two days in the Alps to follow in the footsteps of his team-mate and defending champion Geraint Thomas from UK-based Team Ineos (formerly Sky).

The tactical advantage of having not one but two top-caliber riders ultimately paid off for Ineos, who (as Sky) had served up three victors in the General Classification (GC): Bradley Wiggins, Chris Froome and Geraint Thomas. The “Beetle” – as a whole brand of small, determined climbers are known in Columbia, with reference to their aerodynamic posture on the bike − took over the yellow jersey on a memorable day without a stage winner. It was a day when nature proved beyond the control of even the Tour de France as torrential hail and mudslides brought the stage to a halt. And one day later, Bernal defended the jersey in style up the final 33 kilometre ascent to Val Thorens. As in previous years, the winner of the 2019 Tour de France rolled across the finish line in Paris in that coveted yellow jersey, surrounded by his Ineos team-mates and on racing tyres made by Continental.

But Bernal, who had also triumphed in the Tour de Suisse in June, was by no means the only rider on Continental tyres who helped write the screenplay for a historic Alpine climax. On that last demanding climb to the summit finish of a stage that had been cut back to “just” 60 kilometres, another rider emerged from the shadows and crowned his breakaway with a stage win: Vincenzo Nibali, runner-up in this year’s Giro d’Italia, who on the Tour de France had so far fallen way short of his own expectations, burst into the spotlight to be first across the line in the skiing resort of Val Thorens.

Nibali, nicknamed the “Shark of Messina” and leader of the Bahrain-Merida team, which like five other outfits put their trust in the excellence of Continental rubber, claimed the final coup of the Tour’s three days in the Alps. Behind the Italian, it was a cohort of riders all on Continental tyres who filled the leader board of this particular stage: Alejandro Valverde (2nd) and Mikel Landa (3rd, both Movistar), and Egan Bernal (4th) and Geraint Thomas (5th, both Ineos) made this day a total triumph for Continental.

Spanish team Movistar who, with 2018 World Champion and 2019 Giro winner Richard Carapaz (Ecuador), Nairo Quintana, Alejandro Valverde and Mikel Landa, contested the Tour with no fewer than four key riders, also had a prominent part to play in the Alps on their Continental tyres. Quintana, who like this year’s champion Egan Bernal comes from Columbia, made a successful breakaway to win the 18th stage over the 208 kilometres from Embrun to Valloire, notching up the third stage win of his career in the Tour de France.

On that same stage, a young German rider, also in a team equipped with Continental tyres, showed just what he is already capable of: Riding for Team Sunweb, at just 24, Lennard Kämna claimed a sensational fourth place in what was being touted in advance as the “Queen stage” of this year’s race. And when Italy’s Damiano Caruso (Bahrain-Merida) crossed the line in fifth place, Continental had three riders among the top five, including the stage winner.

But there were also bitterly sad tales to tell of tragic heroes, also on Continental tyres, and one in particular dominated the closing stages of this three-week event: Thibaut Pinot was forced to abandon the Tour in the Alps, retiring to his support car in great pain. The French fans’ favourite and leader of the Groupama-FDJ team had no option but to close another chapter in the unending story of personal misfortunes in his home Grand Tour. With tears in his eyes, Pinot stepped out of the saddle during stage 19, victim of a muscle injury. The whole biking nation was in a state of shock. At this point, Thibaut Pinot was running fifth in the GC, just 20 seconds away from second place. He was clearly in with a chance of a podium finish and, who knows, maybe even more. The 29-year-old definitely goes down as the tragic hero on Continental tyres in this year’s Tour de France.

The final GC rankings for the 2019 Tour de France provide impressive proof of the quality of the top athletes from the teams that, for a long time now, have chosen to rely on the top-quality products supplied by Continental. From the new champion, Egan Bernal, to the rider in tenth place, we find five top competitors from the two most successful Continental-shod teams: Egan Bernal, Geraint Thomas, (2nd, both Ineos), Mikel Landa (6th), Nairo Quintana (8th) and Alejandro Valverde (9th, all Movistar), make it clear why the best of the best in the Tour regularly insist of having Continental tyres on their bikes for the most important three weeks of the year. And with Movistar (1st), Ineos (3rd) and Groupama-FDJ (6th), three teams on Continental tyres made it into the top ten of the final team classification.

At the same time, the huge body of Tour officials led by Race Director Christian Prudhomme, as well as the medics of the “assistance médicale” were also equipped for all events in what was Continental’s first year as one of the Main Partners of the world’s most important bike race. The Continental PremiumContact™ 6 tyre carried the organiser’s vehicles safely from Brussels to Paris and even provided a comfortable ride for French President Emanuel Macron when he visited the Tour. The Continental logo and the ever-present yellow-and-black at the finish lines and the presentation of awards after each stage underlined Continental’s commitment to the Tour and the quality of its products for cars and racing bikes alike.

So after all its enduring excitement and its multitude of thrills, the 2019 edition of the Tour de France is assured of a special place in the record books. And in the sporting outcome of this unique event, as well as in securing the happy and safe arrival of all concerned in Paris, Continental has had a major part to play. 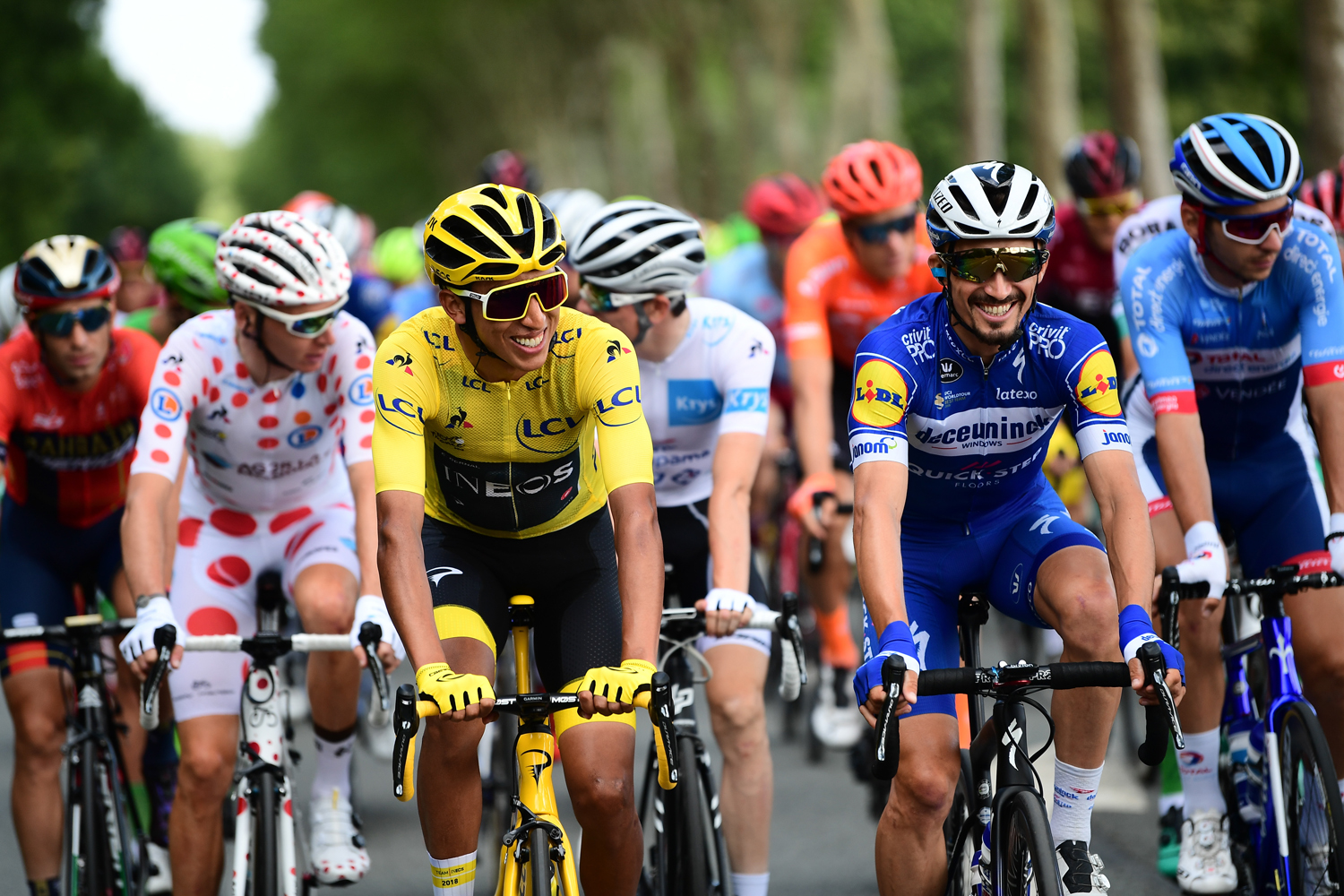